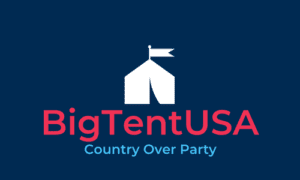 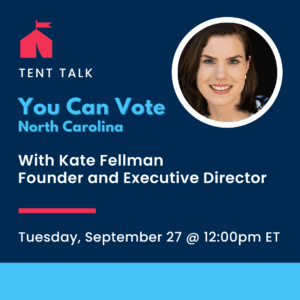 Kate Fellman, Founder and Executive Director of You Can Vote will discuss the state of play on the ground in North Carolina. You Can Vote trains and mobilizes volunteers to educate, register, and empower all North Carolina citizens to successfully cast their ballot.

Kate Fellman worked in the Organizational Effectiveness department headquarters of General Mills while earning her degree in Mass Communications and Social Science from Metropolitan State University in St. Paul, MN. Kate has worked in community organizing and electoral politics for over 20 years. She began her political work as an intern in the late Minnesota Senator Paul Wellstone’s final campaign supporting the “Women for Wellstone” contingent. Kate began educating and registering NC citizens in early 2008 and hasn’t stopped. She saw first-hand the widespread confusion regarding what’s on the ballot and how, when, and where to vote. In 2013, Kate organized volunteers to develop a program to provide communities with localized, fact-based voting information.

You Can Vote (YCV) launched in 2014 as a permanent educational campaign to mobilize volunteers and build community leadership. Today, YCV works across the state of North Carolina to increase civic literacy and participation of historically marginalized populations whose votes have been historically suppressed: people of color (POC), low-income people, people who are currently and formerly incarcerated, people with disabilities and young people 18-25.